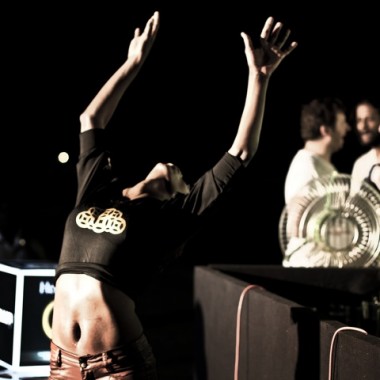 ARJUN VAGALE
He has played alongside such heavyweights as Fergie, Sasha, Dave Seaman, Paolo Mojo, Cari Lekebusch and Kasey Taylor, while his live act, Jalebee Cartel, has shared headlining spots with the likes of The Prodigy, Modeselektor and Carl Cox. His knowledge and use of technology in the booth is second to none, often adding drum machines and samplers to create uniquely raw, funk-laden techno sets. His tracks can be found on labels such as Excentric Muzik, Trapez Ltd, Takt, KD Music, Tribal Rage, Hummingbird, ALiVE and Frequenza. This time he will be joining forces with the Bhavishyavani crew at Raddisson Blu Temple Bay (Chennai).
Arjun Vagale dj set (Maktub, Unmute)
http://unmuteagency.wordpress.com/

Vijay Chawala
From the early age of 18 getting behind the decks working his magic at numerous venues across the country Vijay has proven himself to be an indispensable part of the indian electronic music movement. He’s landed slots at some of the major music festivals around India such as Sunburn festival (Goa), Volvo Ocean Festival (Cochin) to name a few. One of the biggest highlights for him has been the Cocoon Beatport remix competition where he was a voted runner up. Know for his deep progressive style in most of his sets this time he will be playing a progressive techno set at Radisson Blu Temple Bay (Chennai).
Shiva Moon
The Chennai maestro of the electronic dance music world Shiva Moon is one of the rising stars of the of the scene in the southern half of India. Known for throwing some of the best parties in his hometown (Chennai). DJ, label owner festival curator is what he has been labeled. Shiva also runs a label named Rudraksh Records. He music styles run from psy trance to progressive trance and lately some techno. This time he is doing things a bit differently teaming up with the Bhavishyavani Crew sprinkling some techno for a change at Raddisson Blue Temple Bay (Chennai).
Hennessy Artistry Ft Megablast / OG Spiritual Godess / Arjun Vagale / M.Mat / Loopkin
BROWSE BY TAG:arjunartistrychennaihennessyhouseloopkinm.matshivamoontechnovagalevijay chawlavj decoy
SHARE JOIN GUESTLIST BACK UP
DATE: VENUE:
FACEBOOK
TWITTER
GOOGLE+