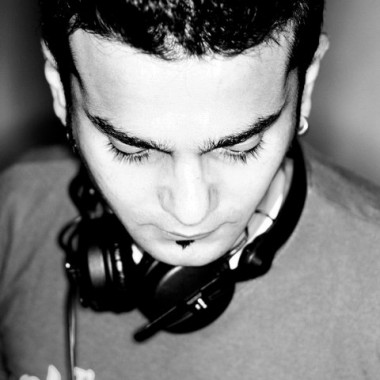 “Small rooms with big sound and crazy electronic music playing” – Arjun Vagale is taking India’s electronic scene back to basics. Each year, Vagale plays 100 shows across Asia and Europe; he’s appeared alongside heavyweights like Apparat, Sasha, Fatboy Slim, Fergie, Nic Fanciulli and Cari Lekebusch; and his live act, Jalebee Cartel, has shared headlining spots with The Chemical Brothers, The Prodigy and Modeselektor. The sound is underground, twisted, deep, but the style – even in a visually audacious, tech heavy project like his live visual show Re:Focus – is straightforward: “It’s about the music and the experience,” he says, “and how it takes you into a void.”

Vagale’s music exists outside the popular space of so-called “EDM”, working with original music (something Vagale finds lacking in most popular electronica), dark atmosphere and angular sound. His shows are a full-on throwback to the when clubs were just dark rooms, strobe lights and music.

The Re:Focus project, designed with fellow Jalebee Cartel member G-Force, manifested that ethos in a single visual-musical production that, even after only a few performances, had already generated significant critical chatter. Using anywhere from 15 to 18 original tracks, Re:Focus matches Vagale’s deep, dark sound to an angular display of lights entirely in black and white. “We wanted to keep it raw and underground – that was the only reference,” Vagale says. The result is a visual language that is minimal, geometric and anonymous, without a single light focused on the DJ himself.

“We wanted it to be a very old-school underground rave vibe, not some shiny multi-colour spectacle, just dark and dirty,” Vagale says. “We never really held back, because the idea was solid to begin with.” That solid base has also given the pair plenty of freedom to change the show in process, stretching and shifting the set according to the move of the audience. This isn’t some heavily synchronized EDM glitz-fest; the void isn’t fulled of pink and green neon.

Vagale debuted Re:Focus at the 2012 nh7 Weekender in Pune, about a month after dropping his debut EP, Sleep Walking, which creates a similarly sharp-edged sonic environment.  “When G-Force and I sat down to discuss the visual design, we both had the same idea of a very geometric motif. We like clean lines and angles, a visual concept that is abstract and indefinable, yet specific to the music,” Vagale says of his collaboration on Re:Focus. Sleep Walking takes on parallel shapes and motifs. “I’m a huge lover of modern art – in particular, abstract art – so naturally, since this was my first solo project, I wanted it to reflect as much of me as possible,” he says.

With his growing popularity in India and abroad (in 2012 he came out on top of the first ever DJ Mag India poll), Vagale’s doing his part to shift the way people perceive dance music. “A lot of artists are just embracing what is easier for the audience to digest,” Vagale told us. “I want to challenge this.” It seems safe to say his managed.
“I think the doors are now open to bring weirdness to the mainstage.”

Hunters
I first met Xhin at C/O Pop in Cologne, and I realised he's actually from Singapore. He makes some mean and nasty techno, and I even got him to do a remix of Jalebee Cartel's Tough Cookie a while ago.

Homewurk
One of my current favourite artists I have maybe 20 unreleased tracks from these boys, and they are all BOMBS! Watch out for them this year.

Consumed (Saso Recyd Remix)
From my new EP on Trapez Ltd, and currently riding high on the tech house charts so is the man!

Far Away(Mike Shannon In A Galaxy Far Far Away Remix)
Oldie, but one of my favourite Mike Shannon tracks, that was released on my buddy's Hummingbird label.

Song
A stunning deep and hypnotic remix by Technasia that's been a staple in my sets for a while. It's out on Carlo's Rawthentic.

Ghost Whisper
The B side of my Trapez EP, a banging dark techno track, that's been blowing up everywhere. Most times the B-side is always ignored, but this one is big.

Skeksis
I just love the simplicity of this track, Alan samples a trance classic is such a beautiful way.