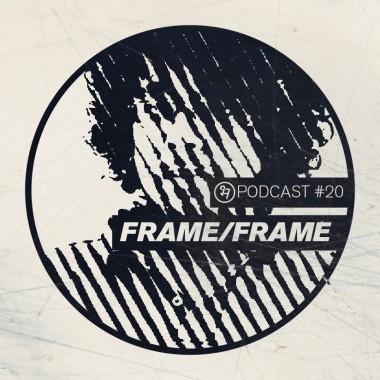 How and where was the mix recorded ? What was the idea behind the mix ?

This mix was recorded in my bedroom post a pretty epic night at The Flying Club. The ‘club’ is actually a secret address where a bunch of likeminded musicians and listeners gather together to prolong their night of partying. Most regular night clubs in Delhi shut down around 12.30 and most of us have had the chance to have only a couple of drinks. So the party usually starts post that time and I’ve had the pleasure of playing here on more than a few occasions. The mood of this set I recorded channels the mood of a typical after hours night.

How do you approach a DJ set compared to your live set?

The two approaches are both similar and different. While both sets are geared toward the dance-floor, the live set does have the option where Sahil and I have a few down-tempo or more experimental tunes that we can whip out depending on the vibe and because we’re armed with guitars and drums and synths we tend to get away with a lot of that kind of stuff. However, when I DJ, my sole focus is towards the vibe on the floor – I tend to focus on the crowd and how they are responding. While I’m not looking to get hands up in the air, I am looking to create a vibe wherein people can be free to do anything from acrobatics to gentle nodding and I will change my game plan depending on whether or not this atmosphere is being created or not. I generally tend to mix in key and concentrate on making my transitions as seamless as possible.

You have recently launched your label, Lowlit, with Soulspace. How has it been going so far ?

The label was the product of countless discussions that I had been having with Vishnu regarding developing a platform to showcase the immense electronic music talent that’s in the country. While the label itself is a reflection of Vishnu and my individual taste in music, Lowlit itself has a much wider scope – with events such as BeatDesk (the first edition of which took place recently at AntiSocial in Mumbai) as well as the idea of showcase gigs, we intend to create a hypothetical space not just for performance but also to facilitate interaction within the electronic community both to share knowledge and experience.

Honestly, I get the feeling this year is going to be all about Lowlit – some exciting new releases, label showcase events as well as a couple of editions of BeatDesk are forthcoming. In addition, I’ve been working on new music but I feel like it’s still far from being finished.