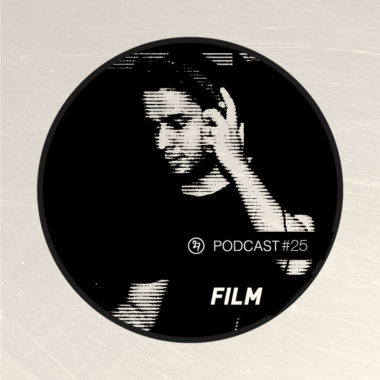 The current hot stuff steaming out of New Delhi, FILM has curated a special mix of deep, spacey & modern house music & a little bit of techno exclusively for Bhavishyavani Archives.
Check it out!

How and where was the mix recorded ? What was the idea behind the mix ?

Mix was made on Ableton Live. The idea behind the mix was basically to give an interpretation of my DJ sets which generally have a lot of peaks & troughs whilst maintaining a flow that creates a sense of anticipation & drama.

How do you approach a DJ set compared to performing your own music?

Well, i don’t think i can convince myself yet to play LIVE as i feel unless i can add a musician skill which allows a certain degree of improvisation onstage to make it interesting. DJ sets are something I’m more comfortable with, judging the room and playing by the ear being the key.

You have been DJing since many years and Film is a completely new outfit? How is it different from Alter State?

Alter State is primarily a Drum&Bass/Dubstep act I played around for years, its just that now I feel I’ve found a balance with FILM where I can incorporate all my influences under one banner and play/produce with a sense of abandonment without being boxed in a certain style/genre of music.

How did the rework of Bonobo’s Kerela come into being?

I just love the original track a lot, it just happened that a promo copy came in my mailbox a few days back before my set at Magnetic Fields and I thought, well lets just make this fit in my set. To be honest I was surprised on the reaction I got as its really a simple edit made literally overnight.

Tell us more about Cosmo/Stop Release?

Cosmo/Stop on my soundcloud are essentially teasers of an ongoing non House/Techno album in progress. I haven’t thought about any release plan yet but I’m surely trying to find some animators for each track to give it a visual interpretation.

On the music front, have an EP coming out on Qilla Records this month & I’m currently shopping around for a bunch of tracks I wrote last year so things are looking busy in 2017.