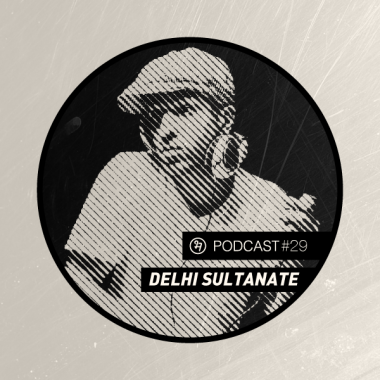 BHA:  what was the idea behind this mix ? any specific original tracks to be released ? specific artists people should keep an ear on ?

DS: There is no specific idea behind the mix. It consists of some of my favourite roots tunes that I like to play at sound system sessions at the moment as well as a bunch of dubplates with Indian artists that we’ve recorded recently. The dubplates you hear in the mix are not tracks that will ever be released. You can only hear them in mixes such as these or at sound system sessions. The first tune for instance is a dubplate I recorded with two rappers from a crew from Bombay called Swadesi, MC TOD FOD and Mewali. For the riddim / instrumental track we used a tune we recently did with V.I.V.E.K. from system called Zindagi Dub. Im really excited by these young emcees.. they are full of fire and they are great lyricists.

The mix also features a dubplate from Harpreet and Divine. Very different artists but both with vocal versions of an all time classic reggae riddim, West Bound Train by Dennis Brown.
Generally speaking, this mix is more on the rootsy side of things. It also features a dubplate version of a song I did with Bant Singh and Sizzla, the version on this mix is a remix on Horace Andy’s classic Money Money Money riddim. This version again is not for release… no idea when the original tune will come out.. hopefully this year.

BHA: what is Bass Foundation Roots ethos ? Music has always been a force for socio-political change , how is it shaping up in India where music and music performance have been just entertainment for the large part ?

DS: The ethos of BFR on a very basic level is to attempt contribute to community life and create spaces where people can get together and dance freely. Experience the magnificence of Jamaican music on a powerful sound system and hopefully derive a little joy and strength from this experience. Ideally we want to be able to do this in inclusive public spaces or nature spots. This is not always possible for course but this is our ideal. I’d like to contribute to the cultural life in India in a positive way and also would like for the system to become a platform for progressive artists and rappers and singers to express themselves. For connections with political activists, painters, lecturers, photographers etc and see how and where our work can contribute to each other.

BHA: What to expect next from you / BFR ?

DS: Next for BFR, we are taking a break with the sound system for the summer while I tour in the UK with the Ska Vengers. Im playing a few shows abroad at Boom town festival and some dub nights in London. Once we return, we will start our regular nights in Delhi again that happen every two months at Blue Tokai Coffee Roasterie. We will take the system to the North East again in November and hopefully do some gully shows in both Delhi and Bombay as well