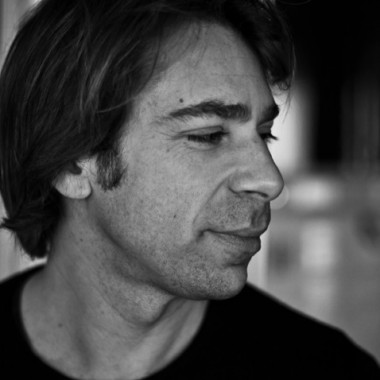 If Paris’s Rex Club is a Temple to electronica, then D’Julz must be among the very highest of its priests. For the last 15 years, D’Julz has brought Paris’ beat devotees what must be among the longest running club nights in the world: Bass Culture.

If Paris’s Rex Club is a Temple to electronica, then D’Julz must be among the very highest of its priests. For the last 15 years, D’Julz has brought Paris’ beat devotees what must be among the longest running club nights in the world: Bass Culture. With its eclectic lineup of DJs, Bass Culture has since shaped an entire generation of French tastemakers in the world of electronica. Despite all that, D’Julz has kept to the original Bass Culture experience and ethos: “It’s all about the music, no fuss.”

What that music is can change pretty dramatically from night to night. “I always invite my favourite DJs, big-names and newcomers, trendy or non-trendy. It doesn’t really matter,” D’Julz says. “What matters is their taste and their talent.”  We know few better arbiters. For a full decade, D’Julz says, Paris had only one solid roster (guess whose). Fortunately, he’s seen the tides begin to in the last couple of years. “There are lots of cool new parties and an enthusiastic crowd has emerged. It’s an exciting time for Parisians and I hope the rest of France will follow their lead,” he told us.

D’Julz has certainly done his fair share to keep the energy going, releasing tracks on some the world’s top electronica labels, while his releases and remixes for the likes of Ovum, Circus Company, 20:20 Vision, Real Tone, Get Physical and Mobilee have become dancefloor staples. Edging his way into production and launching his Bass Culture label in 2009 has brought D’Julz full circle, giving him a uniquely comprehensive perspective on the global electronica scene.

Starting with his time in the early-90s DJing in New York, including gigs at what he calls “the last legendary club: Sound Factory”, D’Julz has always had an eye to what the wider sonic world could offer. “I’ve never jumped on any bandwagon since the beginning,” he says, “but unless you live in a cave in Siberia, it’s difficult not to be influenced by the music that surrounds you.” Over the years, of course, the music that surrounds any given person has become all the more diverse, and awareness of that variety has been steadily on the rise.

Though D’Julz stays firmly rooted in techno and house, he says the cycles of trends are moving faster than ever, keeping things fresh, exciting, dynamic. “Styles have the tendency to superimpose, and today electro and pop-oriented stuff is at the forefront of the the new sound,” he says, “but at the same time, old school deep house and dub techno are still very strong. These days people have an incredible amount of choice.”

A lesser figure in the electro-firmament might be intimidated by that, but D’Julz has spent enough time programming, producing, mixing and playing to know that that variety is what keeps the music alive and the dancefloors moving. “I hate it when one style invades everything for years. It’s usually very uncreative and uninspiring,” he says. “Hopefully that won’t happen again.”

But despite the importance of different sounds and different crowds, there are fundamentals for engineering the perfect party: “The common ground for great club nights is the importance of programming that is driven by passion and love of quality music no matter what people say or what the hype is. Trusting your guts is the only way to last.”

Surrounded (Circus Company)
Franck is on fire at the moment, so is his Circus. I'll let you imagine the combination of the two.

Wear & Tear (Relative)
I love this vinyl only label. Nobody does it as raw and funky as this guy.

After All (D'Julz remix) (Real Tone)
My remix of last summer's vocal hit. It wasn't an easy one to do but I'm quite pleased with it..