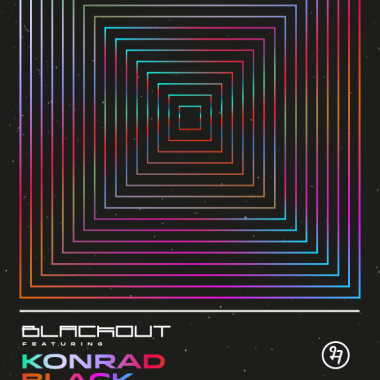 Konrad Black (Official) is here, Bhavishyavani Crew on support.
Shut your mouth, this is a BLACKOUT!

Konrad Black (Official) is here, Bhavishyavani Crew on support.
Shut your mouth, this is a BLACKOUT!

Part of the first wave of North American producers to infiltrate Berlin’s modern techno movement, Konrad Black’s shadowy production style and charismatic live persona has since had dance-floors basking in the long shadows cast by his presence on the scene. His signature sound is a masterwork of harmonious contradictions, pairing apocalyptic basslines and moody synth progressions with a cinematic temperament that finds its most compelling moments within the spaces between the notes.

Finding himself disillusioned with a drum and bass scene that defined his formative years as a producer, the dawn of this new century found Konrad newly inspired by an evolution in sound marked by artists like Maurizio and Basic Channel, albums like Plastikman’s “Consumed”, and labels like Perlon and Playhouse. The effect on young Konrad was as immediate and as transitional as that of the climax of a superhero’s origin story.

This metamorphosis was codified by an encounter with Swayzak in 1998, where the duo heard Black’s first attempt at the genre and immediately released that and his subsequent efforts on their 240 Volts label as “Greyscale for Slow Building”, the “Nails” EP, and “Scrawled in Blood Across Your Chest” with Selfpartwo. The group then tapped Black to collaborate (as half of Headgear with Jeremy Shaw) on “In The Car Crash” for their “Dirty Dancing” album on !K7. Konrad then co-produced Shaw’s Circlesquare LP “Pre-Earthquake Anthems” for Output Recordings, and a Headgear remix of “State Of Grace” featuring Kristy Hawkshaw, from Swayzak’s second LP “Himawari”.

While still in Vancouver, Konrad joined forces with Mathew Jonson, Graham Boothby, and Jesse Fisk to form the acclaimed Wagon Repair label. From there Black would forge a more intricate sound with releases like “Draconia” and “Medusa Smile”, both championed by tastemakers like Ricardo Villalobos, Tiga, and Richie Hawtin.

Riding the momentum of these releases, Konrad Black relocated to Berlin with a shift from production to performance, being tapped to play the scene’s most coveted venues, including Fabric in London, Rex in Paris, Space in Ibiza, and as one of the regulars at the legendary Panorama Bar. What started as a series of gigs effectively became a decade long world tour that had Konrad constantly in motion from places like Womb in Tokyo, Goa in Rome, Arma 17 in Moscow, to D-Edge is Saõ Paolo. His Berlin apartment became a fading memory; with so many unfinished tracks on his drive and a thin layer of dust collecting on his keyboards.

Newly inspired by this life on the road, Konrad has recently shifted back to an emphasis on original productions. The end of 2014 saw the release of “Trophic Cascade” on the enigmatic Visionquest label, and “Siamese Connection” with veteran producer Martin Buttrich on Guy Gerber’s Rumors imprint. Rumors is also readying the debut from Lovers Never Die, Konrad’s collaboration with visual and sound artist Natalia Escobar. Also forthcoming is a solo 12″ on Meander – Dewalta’s venerated vinyl only label. Looking past this year, the ongoing collaboration with Buttrich will have matured into a full length release in 2016. Konrad also has recently confirmed rumours that his work with Jeremy Shaw on his film installations “Variation FQ” and “The Quickeners” has led to a reunion of Headgear, the details of which will slowly emerge.

“Like liquid glass in your ears; the struggle between inner light and external darkness unearths moments of beauty in the corners of our collective consciousness. We choose to live our lives at night, and worship music like the sun”.