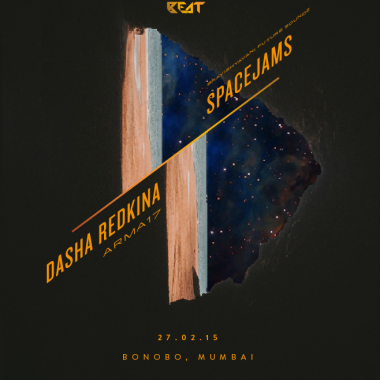 ARMA17’s Dasha Redkina, resident DJ and creator of Russia’s Виниловый Пикник / Vinyl Picnic in the heart of Bandra with Spacejams as surgical assistant. 10PM onwards, you know where.

Another one for the history books!

Dasha Redkina focuses her energy on expressing herself, whether it is through music, photography or film. Her DJ sets range between deep and jacking house, to old school and contemporary techno, experimental and ambient, delivered purely on vinyl as she has always remained dedicated to her heavy record bag despite the new trend of digital sound performances.

Dasha’s first gigs started in London warehouse parties in 2007 and a year later she was seen to play in Berlin (Watergate), Ibiza (Underground), Barcelona (Sonar festival’08), Valencia (Electrosplach festival), Romania (Sunwaves festival – 2010 & 2011) and in summer 2011 her debut set with Ricardo Villalobos in Kazantip festival (Ukraine) was the recent highlight of her musical endeavours.

Since she returned to live in Moscow in 2011 she became a resident of ARMA17 club , bringing the russian scene what she has gained with the western musical experiences. Her obsession and support for vinyl records has spread to Moscow too.

She is leading frequent events (Vinyl Picnic), bringing music experts, lovers, DJs and vinyl collectors who exchange their interests and have a platform to dig, exchange, buy and sell records.

As well as spinning vinyl, she is also a visual artist, having finished Sound&Film course at university, currently working on various film and video projects, collaborating with musicians such as Petre Inspirescu, Soundwalk Collective and Nastya.

The venerable Spacejams in support!