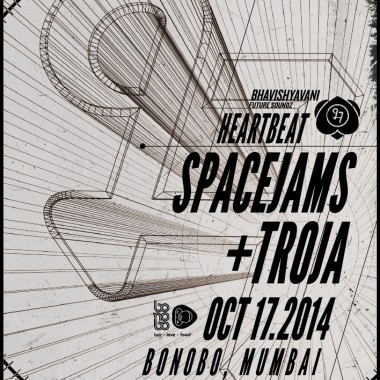 AND YOU DON’T STOP !

AND YOU DON’T STOP !

Troja – Troja is the electronic project of Trideep Roy, conceptualized by travel and exposure to the wide range of the Electronic Dance Music scene across Europe. It began from the infamous Minimood parties in St Andrews and the Chocolate Box, which really inspired him to delve deeper into the depths of house music and techno. Fast-forward to his return to India, the way forward was quite clear. With initial parties under the name “The Itchy Feet Project”, he gained experience in understanding dancefloors, which later translated into shows across the country in Calcutta, Bombay and Goa.
With Troja, Trideep works with a mixed bag of sounds and emotions, ranging from funk, tech and deep grooves layered with elements of jazz and soul, to more laid back tunes. Using recordings and carefully handpicked samples with released tracks, he collaborates to layer a new dimension to released tracks.
Troja sets tend to be a continuous flow of smooth and subtle mixes with a wide soundscape.

SpaceJams – To prick India’s electronic scene is to instigate an unhealthy bout of hyperventilation and rants on its true origins. A few artists along that bloodline speak lucidly, for the music alone. SpaceJams, or as some would call him, Yohann Jamsandekar, is one of those artists – fun loving, laconic, and always ready for the night. He’s a member of the venerated party-squad they call Bhavishyavani Future Soundz.
His appreciation for varied genres of music can be traced back to many dynamic events in the past. To anyone familiar with his eclectic taste in music, this should come as little surprise. Known for blending tracks of various genres ranging from early acid house, pounding techno
to unadulterated tech, bass, new wave to disco,His music has a journey to offer with deep, sophisticated sounds.
https://soundcloud.com/yomann-2/yo-man-what-up