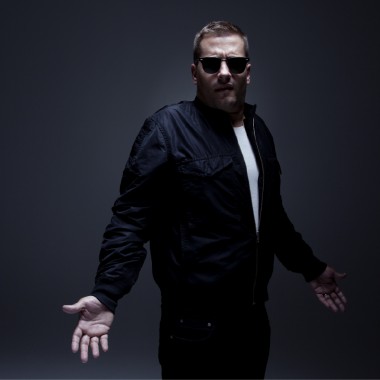 Guillaume Coutu Dumonts was born in Montreal and he’s toured around Senegal with the contemporary jazz collective [iks]. He’s studied both latin and classical percussion. He’s played percussion for a live funk band – and when he wasn’t doing any of that, he was playing with the boundaries of electronic music from DJ consoles across the world.

Guillaume Coutu Dumonts was born in Montreal and he’s toured around Senegal with the contemporary jazz collective [iks]. He’s studied both latin and classical percussion. He’s played percussion for a live funk band – and when he wasn’t doing any of that, he was playing with the boundaries of electronic music from DJ consoles across the world. “What I bring to the table is a sort of involuntary mash-up of all those influences,” Guillaume says. “I think of dance music as a playground with more or less defined boundaries. Whatever happens within those boundaries is free.”

Guillaume jumped into the world of electronic music while studying Anthropogy in college in his native Quebec. While in school, he took his first course on electro-acoustic composition and hasn’t looked back. “One of my first big slaps in the (musical) face was Theo Parrish,” Guillaume says, citing the US DJ whose own work draws on a similarly eclectic language of jazz and funk, live instruments, human voices and looped recordings. The playground for Guillaume’s music (like Parrish’s) might have defined boundaries, but it has some pretty unusual equipment inside.

Though Guillaume eventually moved (along with a serious number of North American DJs and producers) to Berlin, some of his closest associations are still back home in Montreal. Egg, Guillaume’s first full-length electronica project, was released through the Montreal electronica platform, Mutek, and though he’s not technically part of the organization, Guillame describes it as “home-base in Montreal,” calling the group’s annual five-day music festival “an atomic bomb. Think about it as summer camp for music lovers…a full week spent with like-minded friends in one of the most welcoming cities this side of the universe.”

Both a home-boy and a wide-ranging, globe-trotting, influence-imbibing mixmaster, Guillaume has played shows all over the world, bringing his turntables to a club-cum-brothel in Chengdu, China (“this gig was co-produced by the Canadian Consulate so it was pretty damn weird”), and to the opening of a mall in Mexican City where some woman was meant to use an axe to cut through an ice ribbon (“she was too weak to actually cut it. Or maybe she realised it wasn’t a good idea. In any case, it was disappointing”).

As a long-term lover of percussion, Guillaume’s also had his share of exposure to Indian beats and rhythms. He dabbled briefly in the tabla before realizing “it’s pretty impossible to just brush its surface. You have to really go deep or else you always feel like a tourist.” Which maybe isn’t a bad thing. After all, Guillaume homes – musical and otherwise – are part of make his music and approach different. He describes people leaving his show the same way someone else might describe a visitor leaving a new city:

“The energy is very important. That is what stays with people. It’s like seeing a movie you don’t quite understand, but you totally dig the mood.”

Forever with his thumb cocked looking for the next creative thrill ride as the sun goes down, Guillaume Coutu-Dumonts music lends itself to the indigo hue of dusk, imbued with the sultry allure of jazz, the unquestioned groove of house, and the propulsion of techno. As a solo producer, Guillaume was already causing atmospheric disturbances ahead of his debut album Face À L’Est, which appeared on Musique Risquee in 2007. Before the inception of his one-man band, Guillaume was moving and shaking with other protagonists via the Egg project with Julien Roy, Chic Miniature with Ernesto Ferreyra and Luci with David Fafard. All these projects share their history with the lauded Mutek festival, which Guillaume has been closely involved with since 2002. Here’s  what this great musician shared with us a playlist thats as hard to pin down as his music.

nao adianta
I heard this song at my friend's place in Italy. The opening is just epic. And what comes in after is so unexpected...I wish I was able to create such intense contrasts.

Black Up (THE ENTIRE FREAKIN’ ALBUM)
I've been hooked on this album for more than a year now. It's just ground-breaking in my world. Theres a perfect balance between abstraction and hip-hop. I 100% love it.

Victim of Love
The album is so great; the last track, through the storm is just heart breaking. Listen to it all here in freakin' Gema-free zones.

Pigmy Love Song
Such a weird combination of mood, sounds and influences, this tune is an anomaly in every aspect. I always love odd balls.

Following You
On the dark side of jazz, and with great atmosphere, its always a hit for me.

Flowers
Just the perfect summer tune, it makes me crave the sunshine.

He had a long chain on
Mountain music, as my good friend would say: I love themes like this. They are very, very soulful.

The Unexpected guest
That track is always going to feel like home for me. It brings back a truck load of memories.

The Crossing
I waited so long for this second album of theirs. Its such a great formation, like every single release on Daptone Records. Those guys are unstoppable.

Is it all over my face
I love this song with every fiber in my body. Theres nothing else to say, really.