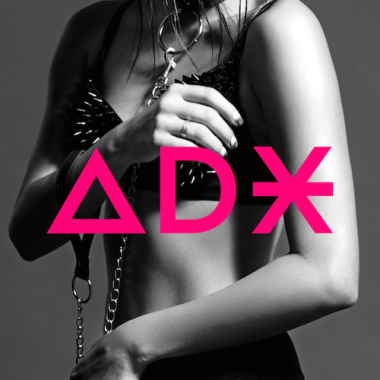 भ | Can you tell us a little about how to started making synthesiser and sampler based electronic music. How long have you been at it?
AR | I started with VST synths and guitar pedal droning back in 2004. I was experimenting with my then band – Skincold. My buddy Shadaab and I used to sit around for hours tweaking guitars to make them sound ethereal. But there’s only so much you can do with a few pedals. I began my journey down the rabbit hole by learning everything about subtractive, additive and my all time favorite – FM synthesis. I did synthwork on Scribe albums like Confect, Mark of Teja, the recent Hail Mogambo and Pangea’s full-length Snails Are When I Was Young. But I wanted to also do something that didn’t hold the synthesizer back as a background/additive instrument. I wanted to go full-blown synthporn. So I started saving up and bought hardware synthesizers. My father helped me score my first one. He said, “Itna buttons mangta hai toh calculator leneka.” (“If you wanted so many buttons, you should have bought a calculator.”) hahahahahahha.

I generally steer away from sample-based music but I do have a sampler through which I sample my own stuff especially drum sounds, monotimbral or non-recallable synths, SFX and ambiances. Technically, I’ve been at it since 2004 but I actually started giving it my undivided attention since 2010.

भ | Where do you look for inspiration outside of the music world?
AR | For my electro stuff I look up to a lot of old movies. The eighties were cheesy but I love fuckin’ cheese man. I can’t help it. I like to mould it towards my tastes but generally I like the grooves that were present in early action movies and the discos they frequented in them! I watch a lot of old British programming, especially from the BBC network, they had some mind bending sonic experiments happening in the ’70s.

Fuck. My favorite, I think, would be my Analog4 or Octatrack. I could play an entire gig with just one of them and people wouldn’t know that it was all just one box! Those things are amazing. I’m a proud mother.

भ | Tell us about the upcoming album and where you think your music fits within the space of contemporary electronic music.
AR | The whole album is actually recorded live. I make better music when I have limitations. I sit in front of a computer and the amount of choice I have just distracts me. I used to take days to find the right synth, the right reverb, the right compressor, the right vintage exciter but I really wasn’t enjoying any of it. After I ditched the computer and went all hardware, I felt recording my songs live instead of parts or loops would be insane fun. And so I did. Some of the stuff is really fun, some is more soundtrack-y and some is pop-py. I like to mix things up! Haha. But overall I think it’s contemporary synthpop/dreampop. All the songs actually sound very different to one another as I’ve used different gear at different times, but I like it. I just wanted it to be sexy. I have no idea where I fit into this EDM world. I love to make this music. That’s all I care.

Listen to/download ‘Von Braun’ off the upcoming album below.

भ | Do you plan to tour at all? What does the ideal gig in your head look like?
AR | I want to. Right now I can’t play all my stuff all the time as that would require my back to made out of adamantium to carry my shit around. But I like to make a lotta stuff on the fly so I could easily do a 50-50 on the pre-sequenced vs. modular improv gig. I wouldn’t mind taking just a synth and drum machine to gig and cranking those for two hours. Dance, you rich bastards!

भ | Can you recommend three songs, albums or pieces of music for fans to check out?
Chrome Brulee (everything on the label)
Chairlift
Kona Triangle