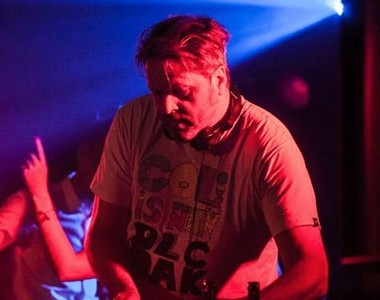 In Depth with Thee J Johanz

Thee J Johanz talks to us at length.

Groningen-native Johanz Westerman is best-known to Indian electronic music fans as a close collaborator of the late acid house pioneer Charanjit Singh. Westerman was one of the earliest people on the planet to be reintroduced to Singh’s music via Dutch label owner Edo Bouman who first found the vinyl at a dusty vinyl shop in Delhi. Ever since, Westerman championed Singh’s reappearance into the European scene. It’s at his studio that the septuagenarian was reacquainted with his favourite analog toys. Singh toured across European clubs in Westerman’s car. It’s easy to forget, in all the deserved attention that Singh gets, that Thee J Johanz is in his own right an equally trailblazing musician and artist. He’s been a part of the Groningen dance music scene since its early acid house raves, he’s been a DJ and musician from his teens, set up his own studio and continues to teach, DJ and produce. Ahead of his appearance at Bhavishyavani Future Soundz’s Christmas Day edition of HeartBeat, Westerman talks at length with Kenneth Lobo about Charanjit Singh, supporting Pearl Jam, the magic of Groningen and Babla’s Disco Dandiya…

What impact did Charanjit Singh’s passing have on you and your work?
It was very sad news, of course. We visited him a year before and we had plans to record new music together. We were planning a European (tour). When I heard he couldn’t come because of health issues, I started to make the track ‘Vivian’. It means ‘alive’. I wanted to make something in the way we were playing live. I finished the song when I heard he died. We are going to release this track together with a live recording of our show at Magnetic Fields Festival on the other side of the record. On the vinyl inlay, I will write about my experience. He is a great inspiration to me. Not just because of the experience of playing improvised electronic music with him, but also because he showed me that you are never too old to continue creating and playing music.

Tell me a little bit more about ‘Vivian’.
I improvised with the TB 303, just like I used to do during our shows. I used an arpeggio from the Jupiter 8. Further, I used a simple melody. First, I want to use the same tones as from one of the ragas. Then I decided I just do it my way, but I was not allowed to use more then five tones to keep the melodic part simple. So I adapted some procedures of how we worked live, and did my own thing with it. It’s my tribute to what we did together on stage in the end.

You’ve done work for and with Bombay Connection. Did you know about Singh before Edo Bouman from the label reissued the album?
I was playing as a DJ for Bombay Connection and once Edo played 10 Ragas to me. I told him right away that he should release it. I started to play these tracks as a DJ. Because I liked to play Bollywood funk and disco, and house and techno music are my roots, this felt like the perfect combination. I asked a Turkish record dealer for the record and I let Edo have it, so he could re-release it. Before this, I also found a copy myself, through a record dealer from Hamburg. I paid very little. After Charanjit died, I paid much more to have a good looking copy of the original, which is on the wall of our living room now. I also did the mastering of the re-issue.

What were your first impressions of Singh? Do you have a particular favourite memory of him?
Well, I got to know a lot about him. He didn’t talk too much, but his wife could tell you a lot about all his contributions to some of the best songs from the Golden era of Bollywood. He was a very gentle person. He always said thank you after each show. But we mostly communicated with music. For him, it was doing live what he created in the early eighties; for me, it was doing what I used to do live (acid house and techno) during the early nineties. So it was a kind of revival for us both. That’s why my homage to him and what we did together on stage is called ‘Vivian’.

You recently put up an image of the tiny analog studio that you you will carry along for your India tour. Did you ever imagine such a reality in the ‘80s…?
It’s funny you ask. I was thinking about moving to Goa for half a year or more to create music during the early nineties, but it was too expensive to carry all my gear with me. I was also worried about the electricity supply. I wasn’t aware of generators those days. Today, I can still make sketches with analog synths and an analog drum machine. I jam with patterns I created last year in Goa in my new live show.

Speaking of the early days, can you tell me a little about Captain Nemo and your role in the band? One of the band’s songs ‘Joyride’ was also featured in a 1992 compilation Fuck That Weak Shit Volume 2.
Our best track was called ‘Party’. We played grunge music. We even played as a support act to Pearl Jam. At the same time, I was playing as a house DJ, which was way more rewarding. Those early rave days where amazing. There was so much energy. I felt I was part of a big musical revolution.

What tipped you over from being in a band to dance music and analog gear?
Nothing, I was doing both for a long time. I played in bands since I was 12 and I created electronic in my home studio since I was like 16 years old, or even earlier. I was also DJing since I was twelve. I was 16 when I had my first regular club nights on Fridays. When Captain Nemo fell apart, I decided not to start a band again, because it took so much time and energy to keep a band together. It was very frustrating that it fell apart at the moment we where about to get big. DJing was much more rewarding and the raves were really happening those days.

What is Groningen like and how did you get involved in the creative scene there?
Groningen is a University town, full of students and there’s a lot of creative things going on. There are many clubs, big and small ones. We have one of the best venues in Holland for dance music now, it’s called Paradigm. I went to clubs where they played a lot of music which we call proto house these days. I used to dance for hours and also I went to concerts like three times a week. I studied at the same time – I have two masters – but most of the time I was occupied with music and movies.

It’s the 20th anniversary of your acclaimed techno album ‘Confidential’. What are thoughts looking back at it now
I made most of the tracks in one session. I worked till the postman arrived in the mornings. No sleeping, no eating. When I didn’t like the results, I took the best part and made another version in a single session too. But most of the time, I was satisfied. Making them in one mood was good for coherence. I was aware of every little part. Then I listened to them every day; every night I fell asleep listening to my tracks. One track of this album will be re-released in a different version with unreleased material from the same era on a new Scottish label called Work For Love. It’s going to be their third release, it’s vinyl-only.

The Attack of the Chilling Bees

Why did you name your studio Ballyhoo?
It’s called Ballyhoo because I found this word in a book about Roger Corman movies somewhere. I studied Film and Television Science in Amsterdam (I studied in Groningen and Amsterdam at different Universities at the same time, but lived mainly in Groningen). Ballyhoo means commotion, making things happen; to get some attention for things you want to share. It sounded like a proper name for my first label, my studio and other things I do. I also like the phonetic part of it. It sounds positive.

You’ve done Ballyhoo beach raves, label nights and parties. Any particular one that sticks out?
Yes, the beach parties at De Branding during de Oerol Theater festival. One of these nights, 5000 people showed up. We had a big 10 kilowatt sound system on the beach, free entrance, people could bring their own drinks and there were street artists performing fire shows and theatrical performances to the music. It felt totally free and there was so much energy. I will never forget it.

Your music tastes have constantly evolved from acid house to techno to trip hop to ¨world music¨…
Well, I made my first acid house kind of track in 1987, so once a while you like to try something new. I was involved in early trip hop and early jungle (We played live, too, as Simm Alley. Maybe it was the first live jungle act in Holland.). I also like disco edits and some Balearic stuff. Through all this time, I never lost my love for original house and techno and since quite a few years now, I restrict myself to this. The world music influences will always be there, also in the house and techno music I make. And what is world music? I mean, it’s a western-centric term. All music is world music.

What do yo think of all the disco and funk that came out of Bollywood during the ‘70s and ‘80s? Does it have a character of its own? Do you have any favourites?
There’s amazing music made in India during these days. It’s so versatile and full of ideas. It’s also very adaptive, with influences from all over the world. I love the stuff made by Babla! His first two ‘Disco Dandias’ are excellent!

Words by: Kenneth Lobo a.k.a. LoboCop