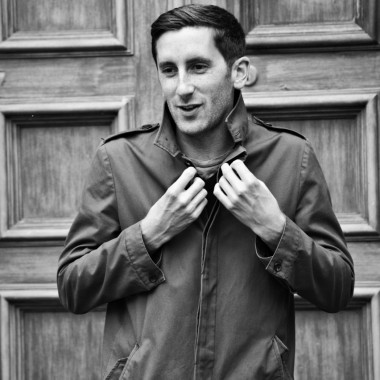 Mike Shannon started working himself to the center of the “over-the-top freak show” that was Canada’s electronic music scene at the age of 15. “I was a tiny little guy that hadn’t really hit puberty still,” he says, “but somehow…

Mike Shannon started working himself to the center of the “over-the-top freak show” that was Canada’s electronic music scene at the age of 15. “I was a tiny little guy that hadn’t really hit puberty still,” he says, “but somehow I really just seemed to blend in. The strongest memories I have about those years are all about the dance floor.”

It’s been all about the dance floor since. From his white bread roots in suburban Kitchener Ontario, to his adopted hometown (i.e. partyland) Berlin where he’s working at the forefront of European electronica, Mike Shannon was pretty much born to spin. A hundred (or whatever) years in the future, if someone wants to tell the story of Canadian electronica, this guy is sure to turn up early and stick around, playing Sunday night after parties in his suburban kitchen (seriously: they called it the Kitchen in Kitchener) and producing albums on top labels Plus 8, Force Inc and ~Scape.

Mike comes by his vinyl love honestly. “I fell in love with vinyl way back growing up as a kid,” he says. “My mother always had a really diverse taste in music and that’s probably where I got my first influences in electronic music.” Those first influences came from records like DJ Pierre’s ‘Dream Girl’ on Trax,  ‘’Freaky Deaky by Lex Loofa and Thomas Dolby’s ‘She Blinded Me with Science’.

Those early influences cross-pollinated with his two nearest cities – Toronto and Detroit – to breed a singular musical sensibility that ranges from smooth deep house, to narcotic jazz with his Blue Fields project, to dancefloor-quaking techno. “Toronto had the more UK sound influence and Detroit brought the deep house and techno up from Chicago,” Mike says. “Listen to what I do and you can hear both cities influence my production sound. Detroit as a city just taught me not to take things for granted and Toronto taught me to enjoy the good things in life while it’s there.”

In 1999, Shannon setup Cynosure, helping to push the wave of minimal house and techno that emerged from Canada around the turn of the 21st century. “With our first releases we sold thousands of records. And we were nobody,” Mike says. The upsurge in digital music has made it more and more difficult to maintain record sales, but Cynozure has continued to churn out killer singles from international DJs like Monoblock, Brett Johnson and Deadbeat.

Mike brought Cynosure with him a few years back when he took part in the mass migration of North America’s spinmasters to  the mothership of the global party scene: Berlin. “We just had it too good in Canada with everything except our nightlife. Those good party days have been over in Canada for years now,” Mike says. “The North American circuit is growing strong again but it still will never compare to the majority of the venues in Europe.”

Wherever he is, Shannon is a DJ’s DJ, drinking it all in and spinning it back out to whoever wants to listen and move.

A true DJ’s DJ Mike Shannon has won legions of fans and the respect of his peers alike for his deep crates and lightning fast mixing skills. And while some may suggest he has gravitated towards smoother, deeper selections as the years go by, those in the know will tell you he has few equals when it comes to whipping dance floors into a relentless techno frenzy should you catch him on a night with that mischievous twinkle in his eye.  Mike sat down with us to share a list of five records that have shaped his life.

This album contains one of the most amazing songs of all time entitled Echoes. The 20-minute masterpiece is one of the greatest feats of audio engineering. So many amazing things happen on this album that never happened in recorded music before. The effects on the grand piano, for example, are unreal. I’m a sucker for cool synth work and effects and this album was the one that started psychedelic rock.

Many people regard Revolver as the best rock album of all time. The production techniques used in this album raised the bar and set a new precedent for records to come. This album put Abby Road on the map and most definitely contains the most complex music the Beatles ever recorded.Â Its one of those pieces of music that somehow echoes into your production.Â Revolver used to be on constant repeat around my house and I’m sure my mom still plays it at least once a month.[/text_post]

Badly Drawn Boy – The Journey of the Wilderbeast

The only cool record this guy ever did and for some reason I listened to this album almost every other day for a year. He spent over three years recording it and most definitely didn’t rush perfection in the process. It also features some great recording tricks (like sitting a amp on the end of a dock and recording the sound of the amp from under water) and some really cool interludes and sound bytes. It stays true to the standard set earlier by Abby Road and the only difference is that its written and engineered by one talented man.

When I was six, Id to play with my dinky cars to this record. I would always begin playing this album before getting out the toys. It was the ultimate sound track to fuel my little world. It was also the first time that I really understood that the sounds that were not natural and that synthesizers made these incredible sounds.Its maybe not the best songs ever written but most definitely one of the most influential records for me. I still play it in my DJ sets from time to time. The programming and sound design featured here are also really cool and influenced me in much larger way then I imagined later in my life, especially when I got my first synth and tried to create my own sound track.