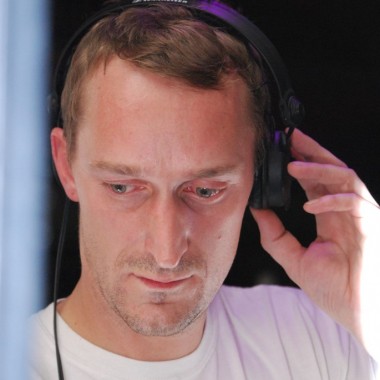 One time proprietor of the infamous Atlas Records shop in Soho, London over a decade ago, Pete Herbert divides his time these days either behind the wheels of steel at clubs and parties around the globe or in the studio…

One time proprietor of the infamous Atlas Records shop in Soho, London over a decade ago, Pete Herbert divides his time these days either behind the wheels of steel at clubs and parties around the globe or in the studio working solo or on various musical projects. For Eskimo Recordings in Belgium, Pete has released as Reverso 68 with the Balearic time lord himself Phil Mison releasing recent classics such as Tokyo Disko, Especial and Piece Together. Pete has also recorded as LSB alongside Barcelonas finest DJ and club terrorist Baby g. In the past few years, Pete teamed up with Tim Paris of Its a Fine Line to record as Challenge, as well as with Dicky Trisco, releasing for his Disco Deviance label and for their co-run label Maxi Discs, specifically focusing on their take of tropical house.Â More recently Pete records under his own name, and is currently working on his first solo album to be released later this year. Hennessy artistry managed to get Pete just before he boarded his flight from Bali to chat with us about record stores, DJing and aliases before his gig at the Hiltons Q Bar.

Three venues/parties that still stick out for me from my travels, and jaded memory would be my first gig at D-Edge in Sao Paulo with its man-sizes EQ LED display over the whole club; doing a double night weekender recently at MiniMÃ¼zikhol, Istanbul with Dicky Trisco, which is like playing in your front room and any of the colossal Goa parties in Madrid. They are at least 10 years old and still going strong, and the nicest team of organisers you could wish to work for.

For someone who has worked under several aliases, do you have switch one part of your system off and on each time or do they just feed into and off each other. The aliases came about more from working with different people for each individual project, so it would be more about what we would both bring to the table, and see what happened. For sure, the longer you work at trying make some music, you pick up certain techniques, or tricks that you like, and they help give your work a certain sound, or signature, quite often by mistake perhaps.

Did you ever engage with any of the disco-funk influenced music from India?Yes, indeed, in the shop we used to sell lots over the years, cheeky re-issues of Indian psychedelic jazz/funk and disco through to house/drum&bass stuff. I remember a lot of hype around it in the mid-90s, with lots of club nights springing up that were really into it. The Anokha night at the Blue Note was a real mash up of all things Indian from hip-hop to drum&bass.

Discomagnifique
This is a recent release, which is a remix of the superbly talented Marius from Norway, straight for the dance floor..

Cloud Country
A super talented, and all-round nice chap from Melbourne, he has just released a great EP, and this is one of the tracks, it's deep, disco-id electronica.

Song
A new remix just in the shops this last week, with mid tempo house grooves. .

Jad & The Ladyboy – Do It Get Up (Kolombo Remix)Jad hails from the Gold Coast area in Oz , and is also a member of the amazing group Mitzi. He makes some brilliant disco/house dancefloor tracks, and Kolombo toughens this one up for him nicely.

Kris Menace presents Stars on 33 – Something You Can Feel (Reverso 68 Remix)The most recent remix me and the Balearic time lord Phil Mison have down for the Eskimo recordings 10th Anniversary project, and its also one of my favourite Eskimo releases.

Beatbroker – Pacific Break (Reverso 68 remix)Another Reverso 68 remix that has been doing damage for a while; it’s also featured on our compilation ‘Well Heeled’ Volume 1.