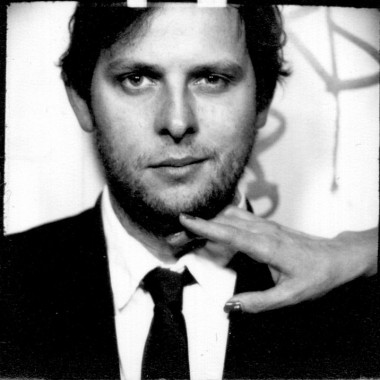 East Berliner Carsten Aermes aka Phon.O (or the boy with the dot in his name) is back in Bombay this Friday to play at Eden Festival. Following his blow out shows in the city and New Delhi in April last year, Phon.O’s dubby, genre-flipping sets have already won him several fans across the country. Bhavishyavani Futures Soundz cornered the Berlin producer and DJ to find out what’s in store for clubbers at Blue Frog when he plays there…

East Berliner Carsten Aermes aka Phon.O (or the boy with the dot in his name) is back in Bombay this Friday to play at Eden Festival. Following his blow out shows in the city and New Delhi in April last year, Phon.O’s dubby, genre-flipping sets have already won him several fans across the country. Bhavishyavani Futures Soundz cornered the Berlin producer and DJ to find out what’s in store for clubbers at Blue Frog when he plays there…

What were some of the highlights of your tour and visit to India in April last year?

I had not been to India before last year so it was a cultural flash. India is so different to Europe and there are so many people on the streets and everything is so busy. It did not feel weird to start playing earlier than in Berlin. Actually, I like to play not too late and I got used to it because I also play quite often in the UK where they start earlier as well, because of their curfew. City-wise, I preferred Delhi, because it was more green and relaxed. But party-wise, the night in Bombay was way more intense. It was crazy good.

Did you write any music since that has any slices of your visit to India in it?

Yes, there are two songs (which are not released yet) where you can hear some influences of my India trip. I programmed some kind of Indian-ish percussions.

Your second tour comes quick on the heels of Modeselektor’s tour of the country where they really performed one of the gigs of the year at Blue Frog. How did you get associated with the Monkeytown crew?

I spoke to the guys before and after as well. They were really impressed and liked it a lot. I guess they didn’t stay too long and did not have the time to see much of the city. I know Basti and Gernot since 2002 or so. We hang out and play a lot of parties together. Gernot asked me to do a remix of their song Art & Cash. After I finished the remix, they liked it a lot and told me they wanted to start a new label called 50Weapons. And that if I had new songs I should send it to him. So I sent across my new songs and they immediately decided to release them.

Your bio says that you and Sascha Ring (Apparat) started to play records in the early ‘90s “far in the darkest reaches of the ruff’n’tuff Harz mountains, in former East Germany.” Did the sense of optimism after the fall of the Berlin Wall in 1990 trickle down there as well? Was the move to Berlin an organic progression for someone interested in music even back then?

It was a beautiful countryside but kind of depressing in the way that you would not have a lot of perspectives as a young guy. Especially in the ‘90s, this region got a kind of an economical depression like a lot of areas in former East Germany. For me it was always clear that I would move to Berlin when I was finished with school and my civil service. I moved to Berlin, mainly because the great music and art scene. But also for the reason that Berlin is the best city to live in Germany.

You were a resident at WMF, one of Berlin’s longest running clubs. Resident DJs here are treated like no more than jukeboxes but I’m guessing the experience is poles apart in Berlin.

When I moved to Berlin, I often went out clubbing to the WMF. It was always my favourite club in Berlin. It had the best vibe and mixture of people. I never expected to play there or to become their resident DJ. But after several years, I became part of the scene and played there several times. One year before the club shut, Gerriet (the former head of WMF) asked me if I could imagine being a resident DJ there and host a night every 4-6 weeks. I was super happy and told him I would be up for it but not more often than once a month to keep it fresh for both sides – the crowd and me.

Spin magazine described your music as “James Blake’s dubstep dreams made maximal by Berliner beatsmith. Dark, heavy and hard to stop while rolling,” while Resident Advisor said of your track on Monkeytown’s second compilation that “if you like Phon.o’s stylised overcast melancholy, you will love Fukushima. Do you subscribe to this theory that there is an underlying sense of melancholy to your work? How would you describe your music to someone who wanted to come check out your music?

Ha! It’s always weird to read the reviews. I try to avoid it. I would agree that I often come up with kind of melancholic harmonies. It’s something which is inside me and its hard to change. It looks like I changed my styles often. But I think it’s just a long span you are looking at and I think it is normal that you develop as an artist – technically and musically. I never can do just one style. I would get bored easily. But if you have a look at my releases from the past five years, you can see a strong red line. And the interesting thing is that you can find elements from my early releases in the music I’ve done more recently. I would describe my sound as an eclectic mixture of UK and Berlin sounds with a focus on melodies and groovy patterns. My set at Eden definitely will be rave-y.

You’ve studied communication design – does that still inform any of your work?

Yes, I still work on several projects as a graphic designer. One of the reasons is because it is good to have a break and it also helps me stay financially more independent from music. And I love to layout books. For sure, I often see a lot of parallels between music and graphics. I like the way of “seeing” music visually and vice versa.

And lastly, what can fans / new listeners expect from your live set this Friday?

I will play straight beat tracks (house/techno) and broken beat stuff. Also, I am playing in a bigger tempo range from 120 – 145 bpm. It will be dance-y and melodic – something for your body and soul.