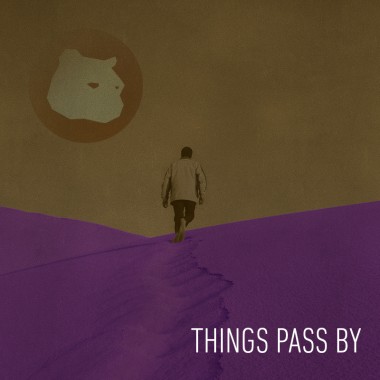 When Pandas Attack, Things Pass By

“We have so much dissonance in our lives, so why add to that?”

What When Pandas Attack’s first long-play demands is at least some amount of patience from the listener. Far from the kind of story littered with big suspenses and jarring surprises, Things Pass By, at a length of nine original tracks plus a cover of Jon Hopkins’ ‘Abandon Window’, is a measured and somewhat distant affair, welcome at a time when the guard of Indian electronic music seem to misunderstand urgency and/or depth in musical composition. To the Panda’s credit, the album is structured just about well enough to aid the concentration of operators of heavy machinery, and also packages the kind of listening ease that’s suited to nth hour at an afterparty.  And like WPA’s previous work, it’s wholly cinematic, perhaps a whole lot more than what we’ve seen before, with much melodrama; it’s fair to assume that a whole lot time and effort has gone into playing with moods through its length. The entire production leans towards the development of a style WPA will soon look to call his own – glitchy, tense, emotional and yet impersonal enough for a producer to let go of and stand and watch while others begin to relate and make it their own.

For one, it’s a relief to not hear another release aping/making tribute to the sounds and styles of hype music producers of-the-day, a disturbing and distinctly-urban-Indian trend that begs a critical yet criminally under-asked question – Are the new lot of producers really making music… for fans of their favourite producers, instead of making music to develop new styles and a fan following of their own?

Fortunately on Things Pass By, apart from a passable Jon Hopkins cover, there is no overt dick-riding of Flume/Caribou/Flying Lotus/Disclosure. There’s no “ode to the Berlin sound” here. This is a dark, moody and contemplative soundtrack for a generation that’s gotten far too used to the kind of music that only ever manages to conjure vaguely inaccurate descriptors like “uplifting” or worse, “dope”. Things Pass By‘s intended minimalism makes it a flexible listen, playable near anywhere, working just as easy early in the morning as it could lulling you to sleep at night. But does that make Things Pass By safe? Is its relative ease of listening – one devoid of shock and surprise – a chink in its armour? Seeing as there hasn’t been much written about the Panda on the Internet, we decided to ask him a few questions.

भ | Who are you? What planet are you from? When did you start making music?
I’m Pandas (Ankur Chauhan) and I’ve almost assumed this as my identity for the most part. I’m just from Earth, nowhere fancy, that’s why I love the sound of water. I’ve been playing the guitar for ages; I started experimenting with electronic music about two-three years ago and ‘When Pandas Attack’ happened only a year ago when I found a sound I was comfortable with.

भ | Who are your earliest influences?
I’ve been influenced by so many things, I have trouble keeping track but I suppose I’d say George Harrison was one of the earliest influences. In terms of recent influences and most major influences, I’d have to put Jon Hopkins/Burial up there, because they pay so much more attention to mood than arrangements.

भ | How long has this album been in the making?
This album was originally intended to be an EP but I meditate on things a bit much and that led to me sitting on more than 12-13 tracks that I eventually wanted to create a journey with. I’d say the better part of this year has gone into the making of this album.

Earlier this year, When Pandas Attacks’ remix of Sandunes’ ‘Won’t You’ made it to The Guardian’s essential listening list showcasing must-hear music from India. Listen to it below.

भ | What themes do you have running through  Things Pass By?
The basic theme running through the album is change. It’s quite a personal album for me and I’ve actually transformed, maybe into a panda haha. Essentially, I’m dealing with things that consume you, while you’re going through process of change, and those that tear you apart; all leading to a more grounded space. It’s something that we all go through and something we learn to deal with but the experience is still so full of emotion.

भ | Things Pass By comes off as easily listenable, almost all the way through. In a way, it seems to not offer the listener much of a challenge. Heads nowadays are tuning into music to look for atypical, unconventional, almost jarring sounds and finding comfort in the weird. What the Panda seems to be doing is quite opposite. Was that always the intention?
Well, my point with the entire album was a journey and I wanted it to be easily approachable. I also think that’s just my penchant for harmony kicking in. I use a lot of sounds that are pretty dissonant but I find a way of making them fit. We have so much dissonance in our lives, so why add to that? Also, I think I dealt with going completely technical from a guitar playing standpoint; that killed my songwriting abilities as I was too focused on pushing parts that weren’t meant to be there. Learning a bit of jazz helped me realize the whole point of simplifying things.

भ | ‘Good Night To Bite’ was always a dangerously suggestive and subversive tune, minus overt instrumentation and obvious clues – definitely a style in-the-making. Have you led from there forward?
That was actually the first song that was complete and it’s gone on to get a really good response, so I did want it to be released but I couldn’t just release the same version that was up. So I sat down post-everything that had happened this year, and recreated it to suit my mood almost half a year after it’s creation.

भ | Does any of this translate into a live setting? What’s a typical live setup like at a When Pandas Attack show?
I have something really big planned for a full live setup, but I haven’t been able to materialise it just yet. It’s going to be my birthday gift for everyone in January. Currently, I’m using a bunch of MIDI controllers, a sound card and my laptop; quite minimal. I plan on adding guitars and keys for the next show in Delhi.

भ | Have you considered setting some of this music to video?
I actually have got some ideas floating in my head for this. It’ll happen when the time is right.

भ | What’s with you and Pandas?
As I said above, I’m from Earth, I like nature… a lot. And my story is that pandas, while they look like calm… lazy animals, can attack. It’s the perfect cover for being a wild bear.

भ | What is next for When Pandas Attack?
There’s a bunch of things coming up, in terms of collaborations, more music. And it’s all out in the next couple of months hopefully.