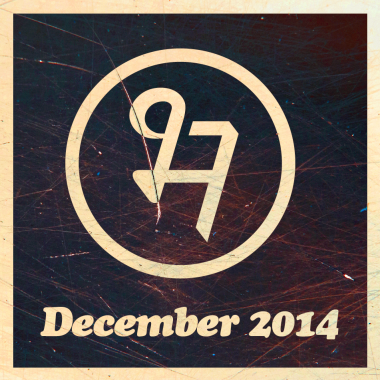 Where: Saizen, Colaba, Mumbai
When: Friday, December 5, 2014
How much: TBA
Details and RSVP soon.

SpaceJams @ Arola, Mumbai
If you’re in the suburbs looking for a tasteful musical fix on a Friday, SpaceJams will be throwing down at the JW Marriott. Be good to your body and soul.

Where: Arola, JW Mariott, Mumbai
When: Friday, December 5th 2014
How much: TBA
Details and RSVP soon.

Where: Blue Frog, Pune
When: Saturday, December 6th
How much: Rs 750 via Insider.in
Details and RSVP here

Bhavishyavani Future Soundz Showcase @ Magnetic Fields Festival 2014
M.MAT, SpaceJams, Loopkin will join Mala, Justus Kohncke, Terranova, and more artists from India and around the world at the palatial Alsisar Mahal in Rajasthan for the second edition of the much-talked-about Magnetic Fields Festival. Three days in the desert, who knows what could happen?

Where: Alsisar Mahal, Rajasthan
When: December 12 – 14, 2014
How much: Tickets and packages Rs 5,000 onwards available here.
Details and RSVP here.

M.MAT @ Katzensuppe, Goa
One of Goa’s only remaining clubs that focus on underground house and techno will host M.MAT on the last Saturday night of 2014. If you’re around, be sure to come check out what M.MAT’s bringing to wrap up the year.

Bhavishyavani Future Soundz Showcase @ Krank 2014, Goa
M.MAT, Norcotiq and SpaceJams will bring the underground sound to Krank on Vagator Beach right around the end of the year. Not to be missed. Lineup also features Macromism, Mad Maxx, Arjun Vagale, BLOT!, Pawas and more!