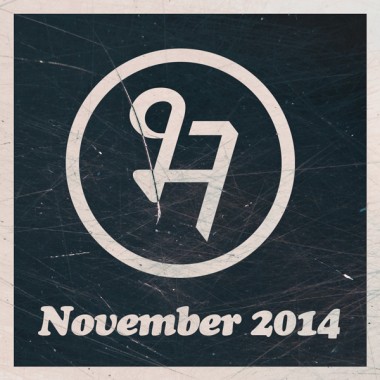 Wonderground @ China House ft. HRDVSION
After some A-grade destruction at Bonobo in Mumbai at last Friday’s Heartbeat and The Humming Tree in Bangalore over the weekend, Nathan Jonson aka Hrdvsion plays China House at the Hyatt in Mumbai this Thursday for the only mid-week club night you need care about. Show up for the real sh*t.

Bhavishyavani Crew, Norcotiq @ Bacardi NH7 Weekender, Pune 2014
It’s festival weekend all over again and Bhavishyavani Crew take stage at the Micromax Mega Mix at the Bacardi NH7 Weekender in Pune this Saturday. Norcotiq plays the same stage, same day at 3:30pm opening proceedings in the afternoon sun. The Vaccines, Foreign Beggars, Sandunes Ensemble, Goldspot, and more than 50 artists also perform over the course of the weekend.

Where: Mix @ 36, The Westin, Koregaon Park, Pune
When: Saturday, November 22, 11pm onwards
How much: Rs 500 – Rs 600 w/ tickets available via Insider.in and probably at the festival too.
Details and RSVP here.

Martin Ikin, M.MAT @ Belvedere Red Party
Joining a growing list of brands, personalities and organisations supporting RED, Aer at the Four Seasons in Mumbai will host the Belvedere RED Party along with the launch of Belvedere RED, a special edition bottle that will see 50% of its profits donated to combating HIV/AIDS in Africa. Turn up for great music and dance for a greater cause. Martin Ikin and M.MAT are on the decks.

M.MAT joins the lineup for RESET in Bangalore on November 15, the UnMute and Phoenix series of shows that brings the hallowed Funktion-One sound system to India for a house and techno tour. RESET just cleaned shop in Hyderabad with a massive outing (pictures here), and Bangalore’s show will see sets by Kohra, Jitter, Audio Units, Tuhin Mehta, M.MAT, BLOT!, Praveen Achary, SHFT, Technomads, plus the winners of RESET’s DJ competition.

Where: Counterculture, Bangalore
When: Saturday, November 15
How much: Rs 750 via Insider.in

Canadian underground producer and DJ Nathan Jonson b.k.a Hrdvsion is touring India this month. His first stop is at Bonobo, Mumbai this weekend, followed by a show at The Humming Tree in Bangalore. Check him out at Boiler Room Berlin here. Mumbai’s show will also see the debut of our very own BigFat.

SpaceJams left some tongues wagging at the last SalvationStar event, and he’ll be back to kick out more soulful jams at another edition of Khush Nights in Bandra, next week. If last time was anything to go by, this will be wild.

Where: Bonobo, Mumbai
When: Tuesday, November 4, 9:30pm onwards
How much: Rs 300
Details and RSVP here

We’re back with Belvedere Loves Sundays at Aer, Four Seasons this November, and this time around, Eng. from Grime Riot Disco joins M.MAT on the decks for cocktails, beats, the good stuff.

Where: Aer, Four Seasons, Mumbai
When: Sunday, November 2nd, 5pm onwards
How much: Free via guest list, Rs 2,500 if you walk in.
RSVP and details here

The first Bacardi NH7 Weekender of the season kicks off in Kolkata on Saturday, November 1st. Norcotiq opens the electronic music stage on Day One ’round about sunset. Also catch Bhavishyavani Crew and Norcotiq at the festival’s Pune edition from November 21-23. (details soon).

Where: Nicco Park, Kolkata
When: Saturday, November 1st, 5pm
How much: Rs 999 onwards via Insider.in
Details and full lineup here