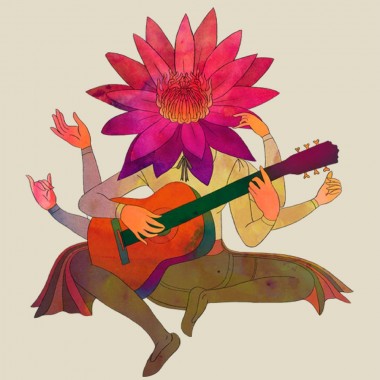 With music’s biggest names on the bill, Wonderfruit on December 19-21 looks set to be one of Asia’s most promising excursions this festival season.

With festivals popping up like wild fungi during the peak season in December, it’s hard to know where to look (or what to sample). For people wanting to stay local, you’d be hard pressed having to choose between Magnetic Fields Festival in Rajasthan, EVC in Amby Valley or the tasty prospect of watching Bonobo LIVE in Bombay, all in the precious few weeks before Christmas.

On the other hand, you could fly over to Bangkok on December 19 and take the two-hour ride south to the seaside province of Chonburi to arrive at Wonderfruit, Thailand’s biggest-as-yet musical offering this year with huge producer/DJ favorites on the bill plus a bunch of great live bands. For those in the Indian subcontinent and around, it’s shaping up to be THE three-day camp-out featuring some of the hottest tickets in dance music today. Some of the names on Wonderfruit’s diverse lineup include Hot Creations’ head Jamie Jones, fabric london’s longest-standing resident Craig Richards, both Seth Troxler and Subb-An from Visionquest, Crosstown Rebels boss Damian Lazarus,  retro-futuristic house and disco duo Soul Clap, and even underground favorites like Citizen and Pillow Talk (Live). Outside of the producer/DJ space, the inimitable Fat Freddy’s Drop will be present, along with disco-house band Hercules & Love Affair, Brainfeeder hip-hop signee The Gaslamp Killer, Australian songwriter and electronic artist Chet Faker, alternative hip-hop group De La Soul, plus singer-songwriter Jose Gonzalez, and finally, Woodkid helping pad up an already impressive lineup, with more names to be announced.

Some of the crew at Bhavishyavani Future Soundz will report from the festival grounds as it happens, and in the weeks prior, we’ll have exclusive interviews with some of the artists playing. Here’s what’s been announced thus far, segregated by stage (of which there’ll be six in number).

Accommodation options at Wonderfruit include camping (two varieties) – regular and boutique, with tents available to rent directly from the organizer. More on that here.

The festival is set to have a whole lot more than just good music. Predictably, and much to the delight of regular festival attendees, you can expect quality food – street, trucks, artisanal, organic, the whole bunch. There’ll be art installations, spaces to relax, even chances to kick start that heart once again with running and hiking conducted by some professionals on-site. Not to mention boating, swimming and even horse-riding if you are so inclined. There’s a flea market on site, and Secret Emporium are representing from the UK, along with a whole lot of local buys.

The entire experience is being produced by Scratch and Secret Productions. Jo Vidler, Director of Secret Productions, who are responsible for the award-winning UK festivals Wilderness and The Secret Garden Party, said “We want Wonderfruit to be like no other Asian festival experience and think the festival will be a perfect add-on to anyone thinking about, or taking a holiday to Thailand this year.

A three-day event that’s welcoming and inclusive of a whole bunch of creative communities isn’t all too commonplace in Thailand, which is why Wonderfruit stands out this season as one of those festivals you could do yourself good by attending, no matter which part of Asia or the world you’re from. Don’t believe us? Take The Guardian’s word for it.

All tickets to Wonderfruit are of the 3-day variety, and are available through a number of outlets all accessible through this page. Check out the official trailer for Wonderfruit below, and stay tuned for more exclusive coverage via Bhavishyavani. Check out Wonderfruit’s official website here.