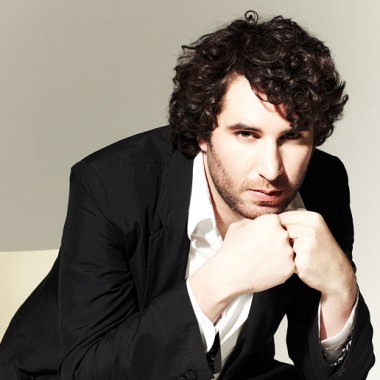 Touring worldwide, ranking in the top 20 live acts and top 50 tracks of the year (both according to RA), dropping a major EP release – all in all, 2011 wasn’t a bad year for Mathew Jonson. It’s been…

Touring worldwide, ranking in the top 20 live acts and top 50 tracks of the year (both according to RA), dropping a major EP release – all in all, 2011 wasn’t a bad year for Mathew Jonson. It’s been five years now since Jonson started his annual jaunts to India, playing full houses in Bangalore and even picking up a beach house rental in Goa, all the while churning out some of the best tunes this side of…well, anywhere.

It’s pretty much common knowledge at this point that Jonson, now based in Berlin, began his career as a DJ entrenched in the bass heavy sounds of drum and bass. Since then, Jonson’s music has shifted into a space that more closely resembles outer space: big and spacious and unlike anything else. “I don’t consider myself an artist that makes a single genre of music,” Johnson told us. He’s right. Known for his meticulous production, insistence on live play and deep attachment to analog equipment, Jonson brings an old school, almost classical kind of integrity to his music. Anyone who thinks electronic composition isn’t really composition clearly hasn’t heard a Jonson track.

That sensibility has been a lifetime in the making, beginning with a childhood of classical piano and jazz percussion, plus bizarrely early access to synths through his dad’s work in sound technology (what other 9-year-old do you know with access to this kind of stuff?). At 19, while living in the small city of Victoria on Canada’s west coast, Jonson teamed up with Tyger Dhula, Danuel Tate and Colin de la Plante (aka The Mole) to form The Modern Deep Left Quartet. Together, they started jamming live at some of the city’s top clubs, experimenting with different sounds and their impact on the dancefloor.

In 2005, Jonson co-founded the record label Wagon Repair, moved to Berlin and started on the whirlwind of composition, recording and touring that’s these days has settled into totally enviable (and still pretty crazy) routine. “Winter time is better for the studio and summer is best for touring,” he told us. “It’s not an easy balance. I need to be in a good headspace to write.”

From his home base and studio  in Berlin (you can go on a personal, if brief, tour of Jonson’s “mess filled with cables” in the video here), Jonson’s still turning out some of the most exciting music in electronica. “I like the idea that music has infinite possibilities,” Jonson says, and its in exploring those possibilities that he’s generated some of his best musical ideas. Composition, he says, “usually starts with a rhythmic sounding synth part and a simple beat.” From there, Jonson works upward, generating sounds and tunes that feel, above all, easy and organic: “I like music from the heart.”

Having played in India about as much as any major international DJ, Jonson’s developed a special appreciation for the scene, whether at his laid back beach haunt in Goa (where, he says, he played his favorite party in India yet), or among the fashion-music crowdin the metros, Jonson describes India’s electronic scene as “a great mix of artists”.

And now a savory tidbit of information you didn’t already know: Jonson says that had making music not been a financially viable career option, his second career choice would have been in the kitchen. Of course, it was never really a matter of choice: “I’m a musician,” Jonson told us, “it chose me.”

And if it hadn’t? What, we wonder, would be Mathew Jonson’s signature dish?

The obvious answer: “Food you could dance to.”

The Song Goes On
Grammy winning artist collaborating with some of the world's best musicians and vocalists on this project like Anoushka Shankar, Chaka Khan and more.

The Wilhelm Scream
Minimalistic, spacey and atmospheric, this tune (named afterÂ a sound effect used in sci-fi films) features Blake's voice as an apparition that appears and disappears, just like the layers of sound it contains.

Come on my Selector
Chris Cunningham's man meets dog and its prepubescent psychopath owner is as chilling as it is entertaining, 14 years after it was made.

Johny Mc Hockey
Part of the original Modern Deep Left Quartet, Colin de la Plante a.k.a The Mole has been described as someone who might look like he belongs on a '70s cop show but is more at home twitching vinyl, clapping his hands and crafting wiggling things that channel Moodymann, Wild Pitch and Ron Hardy, while driving in a very spastic dance-floor direction.
BROWSE BY TAG:electronicinterviewlivemathew jonsonplaylisttechno
DATE: VENUE:
FACEBOOK
TWITTER
GOOGLE+