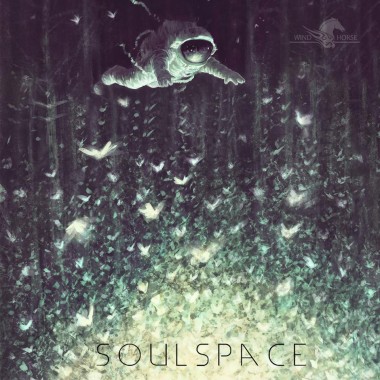 “Complicating simple music is what a lot of people try to do these days, but I’d rather have my most disparate thoughts connect with each other so that they’re easier for others to understand.”

Soulspace is just the latest in line among the crop of South Asian producers making somewhat unclassifiable electronic music. Unlike many who’ve surrendered themselves almost wholly to the EP-driven market, Soulspace’s first big release is an eponymous full-length album that stands relatively tall at eight tracks. The “lead single” per se is a driving, dreamlike slow burner called ‘Time With Her’, a song we first got wind of on Tour De Traum V. A  solid remix of Nick Dow’s ‘Armour Plated’ off the same compilation followed when the Scottish producer released Pocket Harmony this September, and with an album tour stopping in New Delhi, Bombay and Pune, plus an upcoming slot at the Bacardi NH7 Weekender in the bag, Soulspace seems well on his way to chart new ground both locally, and internationally. In the middle of it all, we had a chat.

भ | Who are you? What planet are you from?
V | Hi, my name is Vishnu PS. I’m originally from Coorg, Karnataka. I’m a fellow Earthian, I was abducted from Bangalore, India, by Zyrons. They are from this faraway planet Zyron from a galaxy called Huron. I met someone there, we fell in love. She comes here to visit me all the time. We spend a lot time together, here on Earth and on Zyron. I made the album for her, it’s all about what our planet sounds like. Thats how the journey began.

भ | How would you describe the music you produce?
V | I make organic, dreamy, soulful, spatial music and, I’m really big on minimalism. I think it’s really easy to be weird and hard-to-understand, but I find it way harder to break scattered thoughts down to a simpler form. Complicating simple music is what a lot of people try to do these days, but I’d rather have my most disparate thoughts connect with each other so that they’re easier for others to understand.

भ | How did the release on Traum come about?
V | I sent the label some demos via email. They heard it, they liked the music and wanted to sign it. Traum Schallplatten literally means “Dream Records”. They put out dreamy electronic music, and I’ve been a dreamer all my life.

Listen to ‘Time With Her’ below.

भ | What was your flash-bulb moment, the moment you decided that Vishnu would become Soulspace and start producing music?
V | I have been producing music for a long time now. Before I was Soulspace, I was making dark techno. I have more than fifteen finished techno tracks which were getting signed to different labels. I called myself Vicious, haha. But then, I went through a self-actualization phase for months together to get to know myself better. As it turned out, I’m quite harmless. There was no musicality, no feelings in the tracks I was making. And I believe that you are what you make – your music, a reflection of your personality. I couldn’t relate to it anymore. I got in touch with my anima and started making music by trying to describe a feeling, and then everything just came to me naturally, without much effort.

भ | What came before that? Were you raised on music of a kind?
V | I listened to a lot of hip-hop and French electronic music while growing up. But when I got to college, thanks to the drugs and studying human psychology, I began to gravitate towards listening to some really weird music.

भ | What inspires you? First as a human being, and second, as a producer?
V | As a human being, nature, outer space, anything that makes you really happy, or really, really sad. As a producer, the sounds around us and the music I listen to.

भ | Do you go out much? What’s your take on your local club scene?
V | Yes, I’m emerging from my solitude, and I’ve started going out a lot lately. I think right now, it’s amazing in Delhi. People here are open to different kinds of music. We’re going through this transition period with the death of the mainstream EDM sound. People are tuning in as well, but the local club scene is a bit of a toss. When tastemakers and residents with no real taste get to decide what to play, you can’t expect people to listen to great music. Most people remain unexposed unless they’re hanging out in a handful of places, which really sucks.

भ | What other styles of music are you into and looking to create?
V | I want to make really honest music which reflects my creativity, and whatever comes naturally to me without thinking about genres, trends and the BPM range everyone wants to follow.

As an exclusive, Soulspace is giving away ‘You’, a track off his self-titled debut album. With ‘You’, Soulspace wanted “to do something other than 4/4 but think about the dancefloor at the same time. I recorded hits, voices, atmosphere and bells for this one, and made a track using those samples.” Stream and download ‘You’ below.

Connect with Soulspace via Facebook, and Soundcloud. Buy the album here.