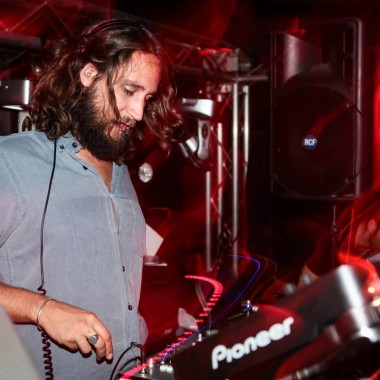 A big-ass BBQ party to kick off this year’s music season. Oskar Offerrmann + भ crew to bring it home on the grills and the decks.

Oskar Offermann is a Berlin-stationed electronic music producer and disc jockey and an immensely popular figure in the European underground music circuit. In addition to being label boss at WHITE MUSIC and Rimini, both outlets for groundbreaking sounds emanating from Germany, Oskar is also a regular world-touring DJ, fresh off a string of summertime shows across Europe including stops at The Watergate and Berghain/Panorama Bar in Berlin, Boiler Room Berlin appearances, and more. He’s currently in Asia on tour and will stop by in Bombay and get down with us at Bonobo, Bandra.

Oskar’s  signature style of music can be traced back to his early initiations while visiting nightclubs in Germany – his prime influence of hip-hop’s vintage beats and vocal lines meeting both the traditional and futuristic four-to-the-floor styles of house and techno heard all over Germany in recent years. All of that coupled with a keen ear for melody and crafty vocals (his own even, evident on his late-2012 LP) have amalgamated to create the Oskar Offermann sound and vibe of 2014.

A very recent, if much too short a documentation of Oskar doing his thing behind the decks can be heard and watched in his April 2014 B2B set with longtime friend and collaborator Edward at the Boiler Room, Berlin (below). Oskar’s last release on WHITE MUSIC was a 3-track vinyl in March 2014 titled Distance Is Depth (snippets) which was preceded by his mutli-faceted. critically-lauded Do Pilots Still Dream of Flying LP (listen; buy here).

भ Crew will provide support on the Sunday. We’ve got all the right stuff on the grills and the decks. You know what’s good; just save the date.