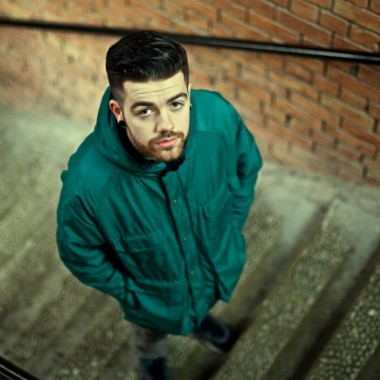 Funk deliverance
Space Dimension Controller takes us back to the future

Funk deliverance
Space Dimension Controller takes us back to the future

Highly acclaimed Belfast-based galactic funk sensation, Jack Hamill aka Space Dimension controller is an imaginative writer, sensationally talented musician and an electronic music chameleon. Consider his debut album Welcome to Mikrosector-50: besides seamlessly combining electro, funk and techno, Hamill also fleshed out original characters in the vein of Drexciya or Jedi Knights. He’s been writing music since his early teens, got selected for Red Bull Music Academy at 19 and has since been DJing across the world’s top clubs including the legendary Berghain in Berlin. Before his performance this Wednesday at Khar Social for the Exchange X AVA Festival showcase, Hamill had a brief chat with us about music, film and Belfast…

Belfast and Bombay have more in common than their mutual support for their freedom movements, you’ll also have an 1am deadline much like Bombay…
It’s got better recently. Now alcohol is served until 1:45am in clubs that close at 3am and right up until close for bars that close at 1am. It can be a bit annoying if you are DJ’ing until closing time in a club and people aren’t able to buy drinks any more: the crowd tends to thin out compared to clubs in other cities that serve right up until closing.

What artists got you hooked to electronic music since you were in a metal band playing guitar before that?

It would have been Brian Eno, Aphex Twin and Boards of Canada that got me really into electronic music when I was around 14 or so, though I didn’t start actually making music until a few years after that.

Looking back at the 2010 RBMA alumnus, it looks like quite an eclectic collection of stars Who did you most get along with…?
The group I really got on with while I was there was composed of AD Bourke, B Bravo, Braiden. It was the best time of my life and I really have a special feeling whenever I think about it. The fact that I turned 20 while there made it extra special as everyone threw a surprise party for me in the lecture hall.

You have a keen interest in film and writing stories and then developing your songs. Do you still follow that pattern?
I do for the Space Dimension Controller stuff. But the SDC stuff is mainly just about making tracks, though there might be a slight story outline in my head to guide me along. There are a lot more characters in mind for the next album, so I don’t know the most interesting one yet.

You produce extensively on analogue gear. What’s your favourite?
Sadly, my favourite synth doesn’t work any more. I’ve tried to get it fixed a few times, but I think it will be cheaper to just buy another one, though they don’t show up on eBay that often at all. I’m not saying what it is, because it’s quite a hidden gem.

Space Dimension Controller will be performing alongside Phil Kieran,
Bhavishyavani’s M.Mat who will be playing with Sandunes, Big City
Harmonics and more..Event link: www.facebook.com/events/537320516445629
Register for the conference here:

The Exchange x AVA Festival, is a unique collaboration between UK
Trade & Investment, Generator NI, Submerge and Bhavishyavani Future
Soundz. The
day-long conference and showcase will feature musicians and music
industry professionals from Ireland and India.

The day will be split between a conference and a curated showcase that
features some phenomenal acts from Belfast – Space Dimension
Controller, Phil Keiran, Psychotron and local electronic music stars
like Perfectiming, Big City Harmonics and a special b2b set between
Bhavishyavani’s M.Mat and Sandunes.

You can register for the conference here: http://www.theexchange.in
And for the showcases, check out: www.facebook.com/events/537320516445629