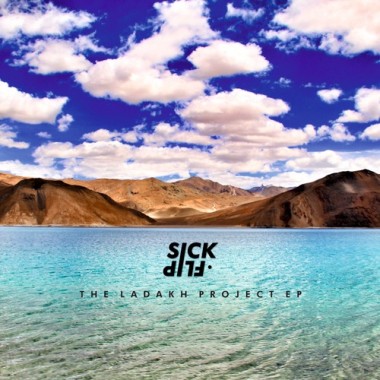 The Evolution of SICKFLIP + The Ladakh Project

“We were about 12 or something and it was a very spontaneous plan. I didn’t even know what I was in for and when I reached, the place got me so awestruck with its surreal beauty that I made up my mind I would go there with my friends and experience Ladakh in my own way.”

It’s been two months since the release of The Ladakh Project EP and SICKFLIP is busy. Two years ago around this time of year, the erstwhile bass music producer previously seen at the yet-evolving end of the micro-scene that was the resurgence of drum ’n’ bass in metropolitan India, was prepping for his first few festival slots at the Bacardi NH7 Weekender. “I believe writing music is an ever-evolving form of expression that changes over time, a creative person’s output being a by-product of what the person is physically and mentally subject to, or surrounded by.” he says.

Following the release of his third EP in 2013, SICKFLIP, along with the Mental Martians – the drum ’n’ bass group he co-founded, seemed for the most part, to have gone quiet. “One of the things that come to my mind when I re-trace the journey from Outburst in 2012 to The Ladakh Project in 2014 is that change is the most inevitable factor of our lives and we have to learn to embrace it – from the way we dress to the way we think about macro aspects of life. All of these might change and we aren’t necessarily in control of the wave. The bridge here is that my personal sensibility of sound, right from the kick drum to the arrangement of a song, is clearly worlds apart from where it was two years ago and it’s amazing to know that I might not have been on this path today if I weren’t on that one in 2012.” 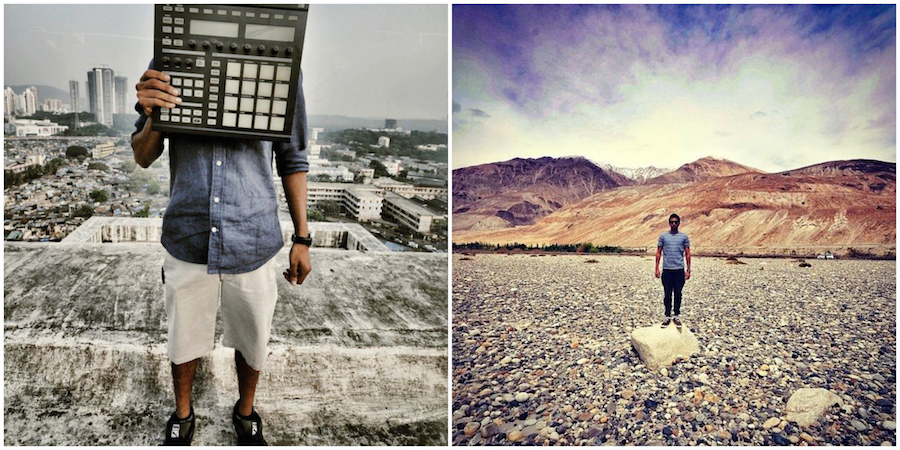 More than most, SICKFLIP’s evolution as an artist is matter of open and public record. His earliest releases, marked by aggressive low-end and an unending, 2012 hands-in-the-air vibe, are a far cry from the sounds conjured up in the mountains of North India just a few months go. Played back chronologically, the urgency of Outburst (listen here) tends to naturally give way to the darker, melody-driven, afterparty glitch-hop of his Bipolar EP (here). And then there’s Basswar, which comes off as one side of SICKFLIP fighting the other. In that, his most experimental product till date, the two sides battle with a clear goal in sight – that whoever’s coming out on top is here to stay. It’s just two-tracks long, the aptly-titled EP, but closing number ’Tibetan Basswar’ (below) is somewhat key to understanding the direction SICKFLIP was headed in at the time.

Not coincidentally, this was around the same time the modern dubstep sound was on its way out, the effects of a couple of years of amphetamine abuse were wearing thin worldwide, and (some of) the world began gravitating towards music that was rich in texture, memorable in melody and for lack of a better word, downtempo. It would remain then to be seen whether SICKFLIP”s fans – ‘Flippers’, they’re called – would come along for the ride. According to SICKFLIP, “Yes, my music has definitely calmed down in comparison to my previous releases and I think the way Ladakh consumed me had a pivotal role to play in that. I might have managed to alienate some of the listeners but I know for sure that there have been a whole bunch of new ones who had great things to say about it.”

Earlier this year, SICKFLIP took off on the road, one laid bare by the stillness of mountain air, leaving the chaos of Andheri for the serenity of Ladakh. And what came of the totality of this experience, or rather experiences, is not something he can possibly elucidate in article-length. Fortunately, there’s an EP of material, a film, and an audio-visual show for those wanting a glimpse of Ladakh from the eyes and ears of the Bombay producer. “I’d never indulged in such an closely-knit audio-visual concept and never looked into so many intricacies just when it comes to showcasing this experience. We’ve had quite a few kinds of responses – from people standing and just watching the rig through the hour to people pulling up chairs on the side at this venue in Bangalore, some losing it on the floor and even people laughing hysterically at certain parts which have the Ladakhi locals saying ‘SickFlip’ in funny ways.”

The Outbox Project aided him in putting together a video that documents his journey (below), and the still-on-tour, 45-minute-long, A/V showcase comes together neatly with the help of live visuals artist Oblique (read an interview with him here).

Which finally brings us to the music on The Ladakh Project EP. The sounds SICKFLIP used for were reflective of his being there and writing music out in the open using a laptop and a small keyboard controller. “I’m sure that I wouldn’t have even come close to the sound I achieved in this album had I been writing it in Bombay.” he says. And the EP, at five-tracks and 21-minutes-long, may have benefited from what SICKFLIP calls a “minimalistic approach toward the elements”, but its rich instrumentation and bold melodies stand tall among a lot of music that’s being released and packaged as something “conceptual”.

Weaving some of Ladakh into the music made much of a difference. “I treated it very differently, transfiguring parts of Ladakh’s story into the song by using natural and organic-sounding elements, elements that came off raw and honest, just like the landscape – I used stick-hits and overlapping, percussive, stone-like elements to make my snares sound more natural. I layered a bunch of pluck instruments to recreate a hand made Ladakhi pluck instrument I heard someone playing somewhere (can be heard through ‘Nubra River’). I used the sounds I recorded of the waves of Pangong Lake. In fact, the third track (‘Chamshen’) came from this prayer session we got to witness at a remote village called Chamshen. The monks chanting, the wind instruments they played on top of a roof, everything is included in that track.”

A generation should consider themselves lucky if they live to see an evolution take place, and SICKFLIP’s journey as a musician, and even as a personality, is new to a scene that is ruled, for the most part, by agency/label/Facebook hype. In all this flotsam, The Ladakh Project stands out for communicating much more than just a musical idea. That SICKFLIP insisted on documenting his travels, which then turned into a series of photographs and an EP (Bipolar; look here), that eventually led to a return-to-source of-sorts, culminating in another musical project, plus a video, solidified by a national audio-visual tour, is not only a commendable feat for an independent musician. It’s the positive outcome of a series of calculated (and instinctive) manoeuvres; the kinds of decisions that shape an artist’s career.

The five songs on the excellent Ladakh Project EP are representative of a producer allowing himself to be pulled in different directions, testing limits, and gently fracturing boundaries, giving way to the birth of a truly international sound, one that paints pictures and writes stories in the listener’s mind. The final outcome, then, is indebted to nature and travel, to people and personalities, to cultures and communication, to music and prayer and a whole lot more, all bound together by the will and vision of a single person, an artist.

Listen to The Ladakh Project by SICKFLIP below.